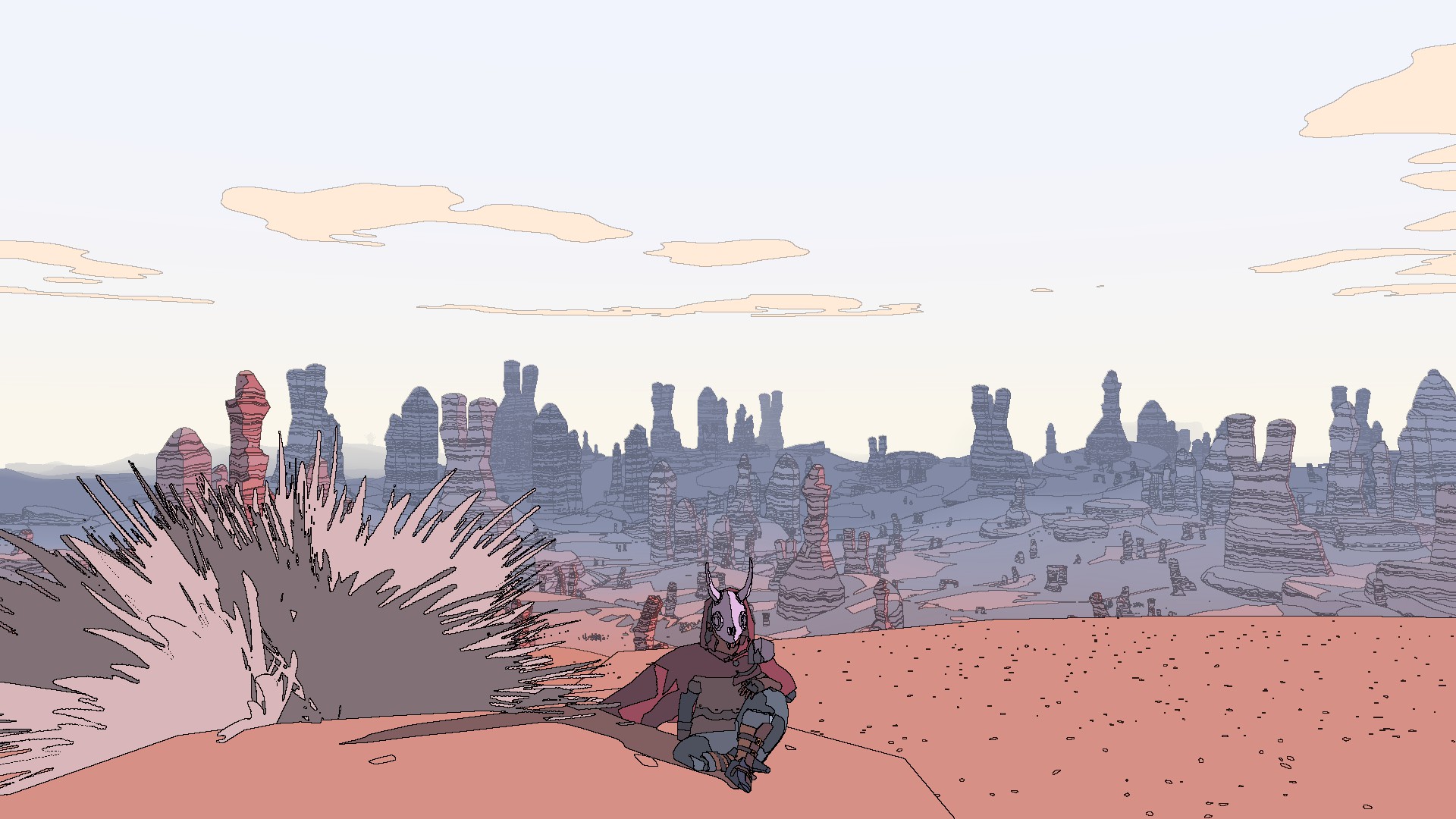 What an adventure! In 23 hours, I glided and hovered through the minimally designed open world of Sable and finished the game with a lasting impression. I left home to find my place in the world of Sable and its society and returned richer in experience and knowledge. In fact, I started as a teenager and ended as an adult. On the way to knowledge and wisdom, I jumped over huge plateaus, crossed endless seas of dunes, hunted all kinds of colorful insects, explored giant skeletons of extinct animals, walked through deep jungles, discovered traces of past civilizations, and crawled through scary spaceship wrecks. I have had some pretty deep conversations, taken part in the destiny of people and villages, solved all sorts of fun puzzles, discovered the origin of being, and left my traces in the world – just as it left traces in me.

Sable’s minimalist art style managed to fascinate me from the start; in this respect, less is really more. Accompanied by great music and reduced, but always judiciously placed ambient sounds, the game managed to charm me and gave me one of the most moving and atmospheric moments in my gaming history to date. Sable is less an average adventure game than a complex work of art, and as such, it wants to be experienced and understood as a whole. What a delightful revelation! I look forward to more of Shedworks’ creative work in the near future! 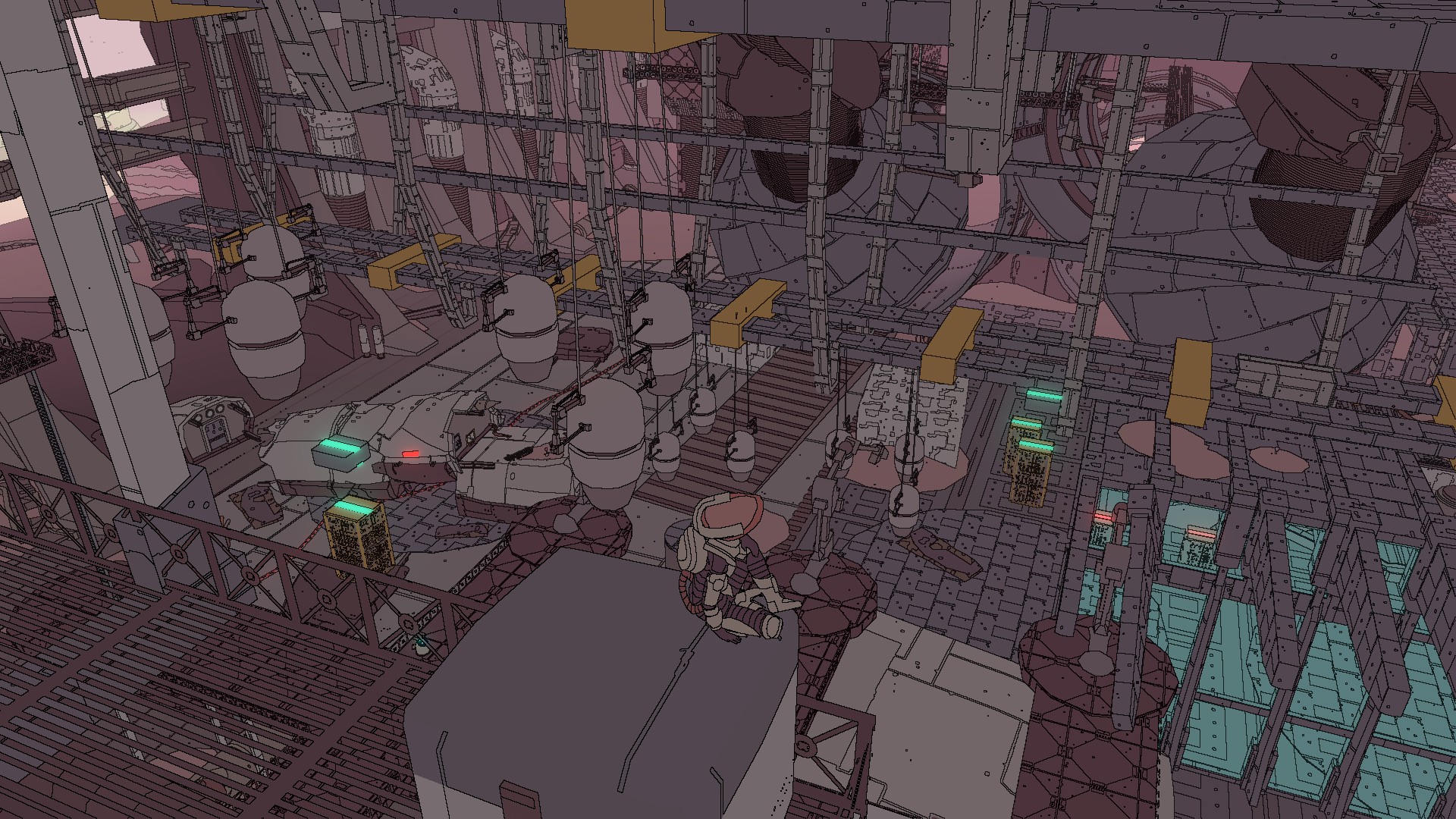 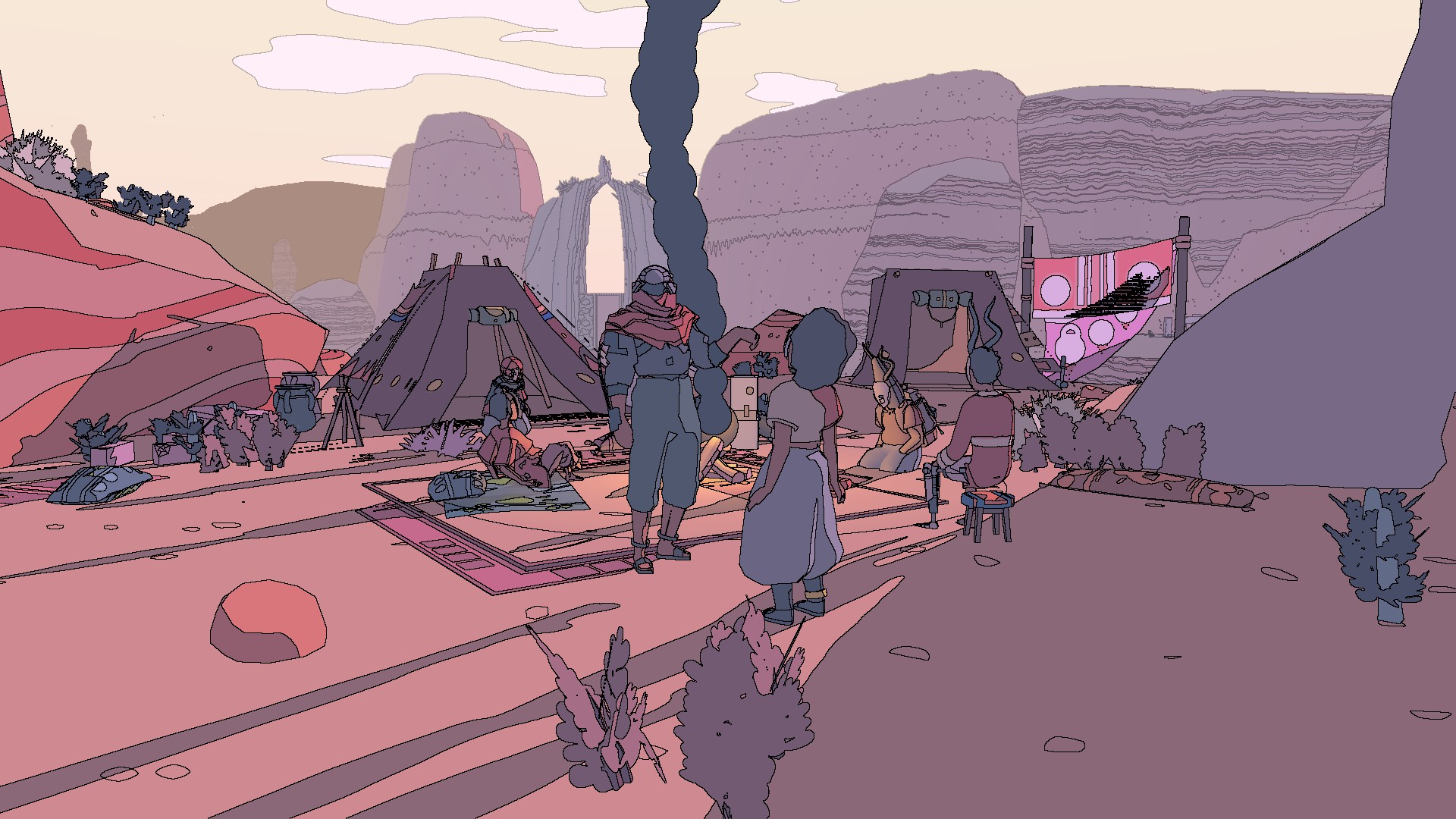 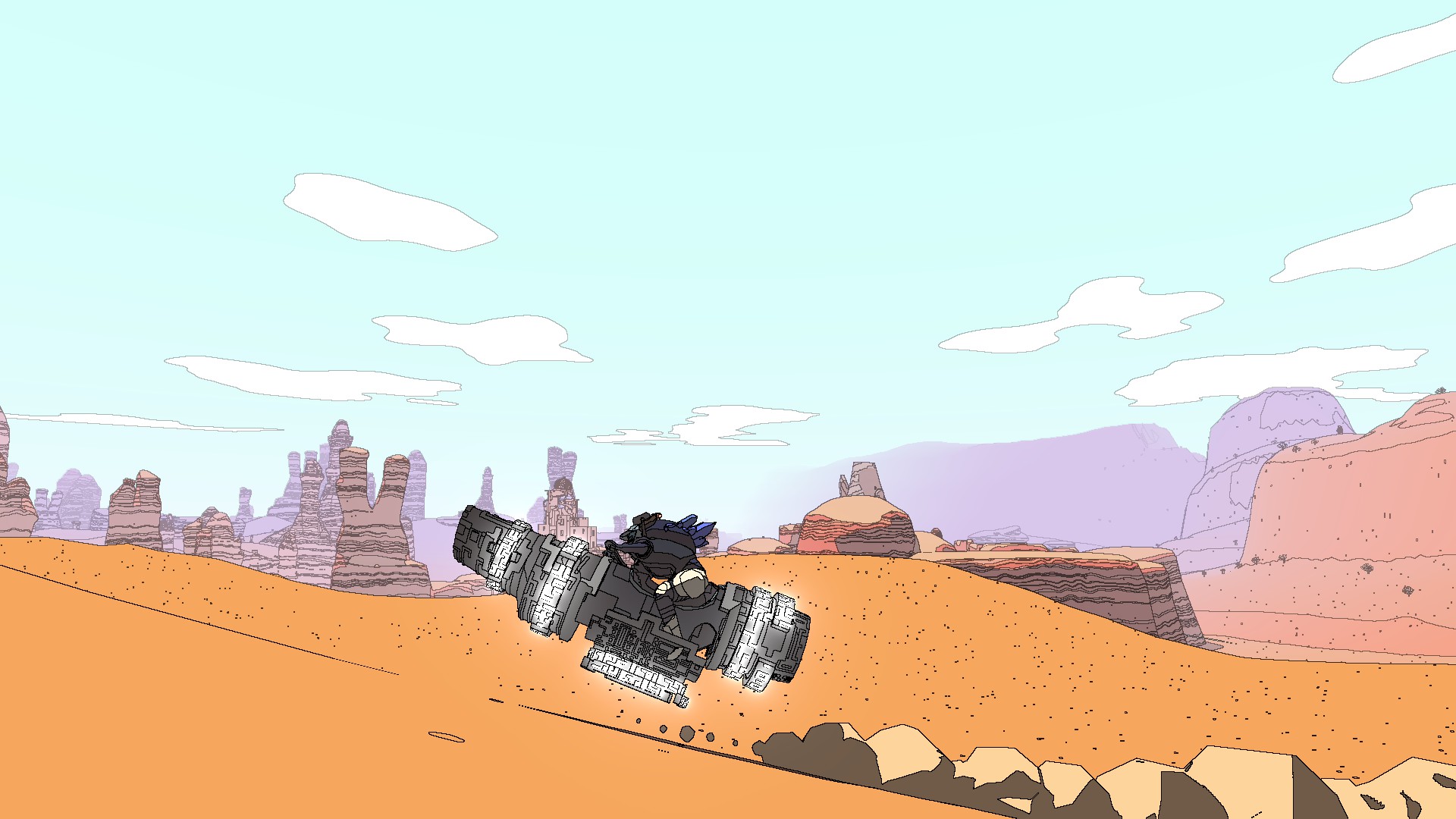 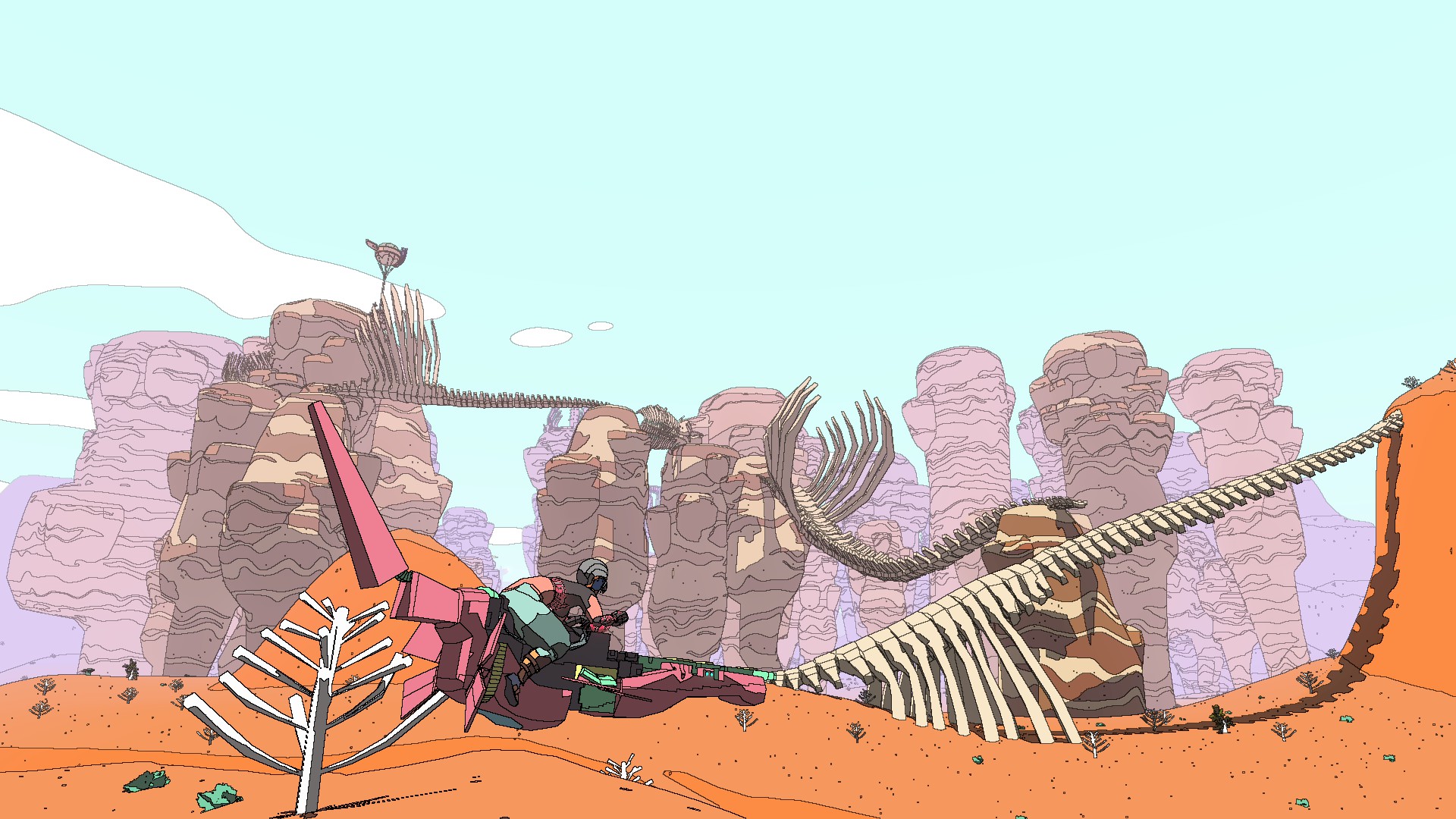 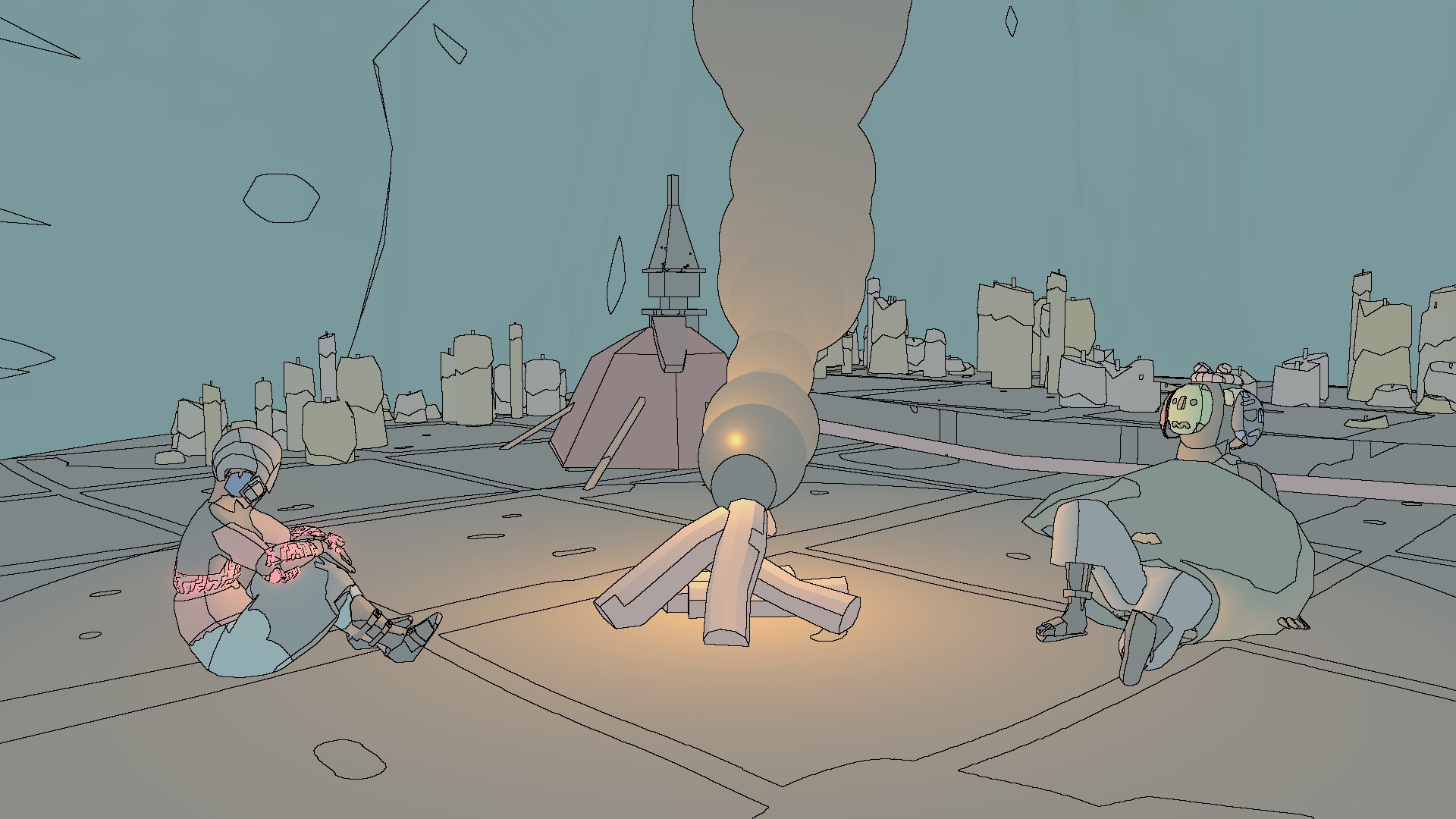 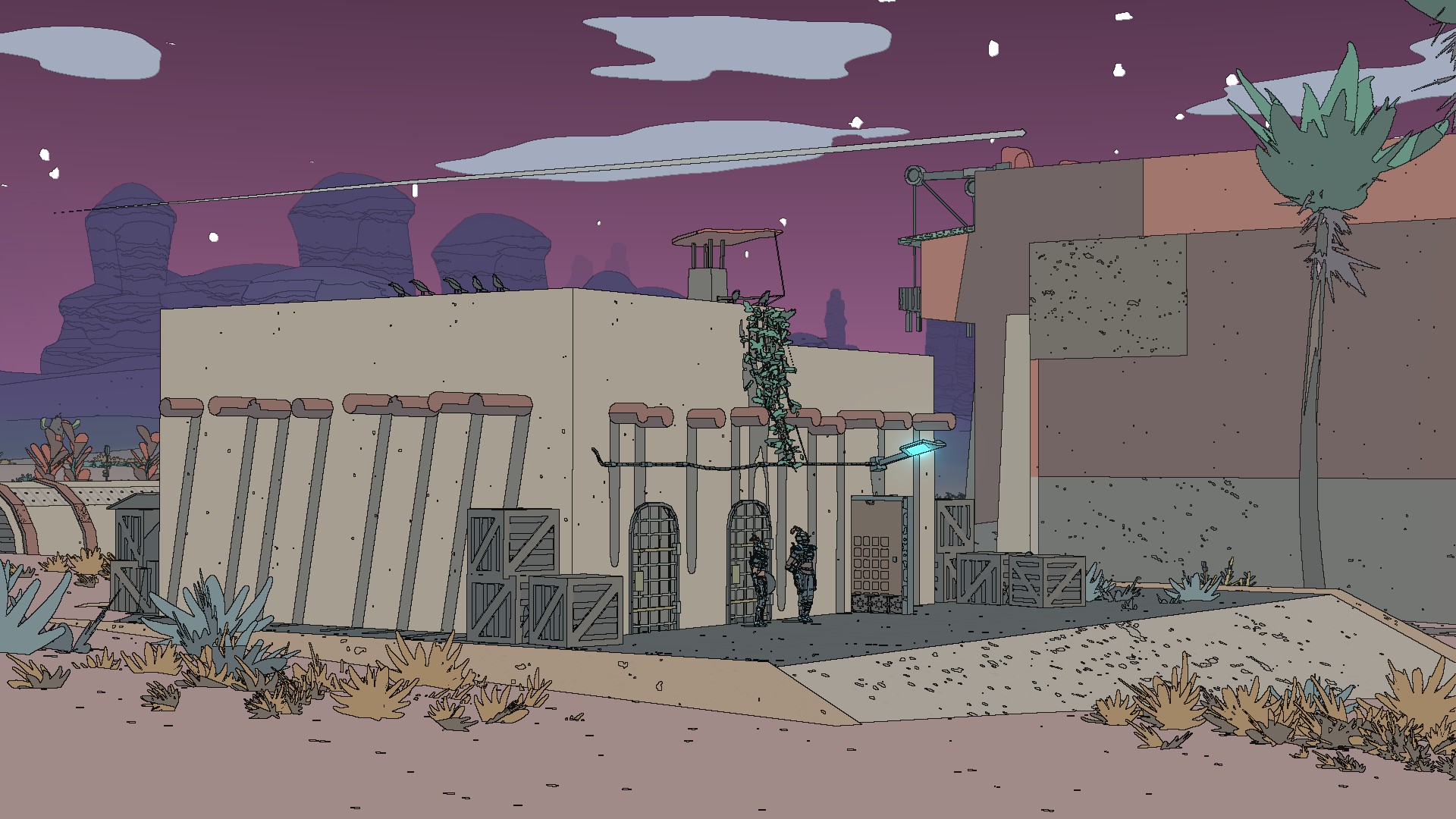 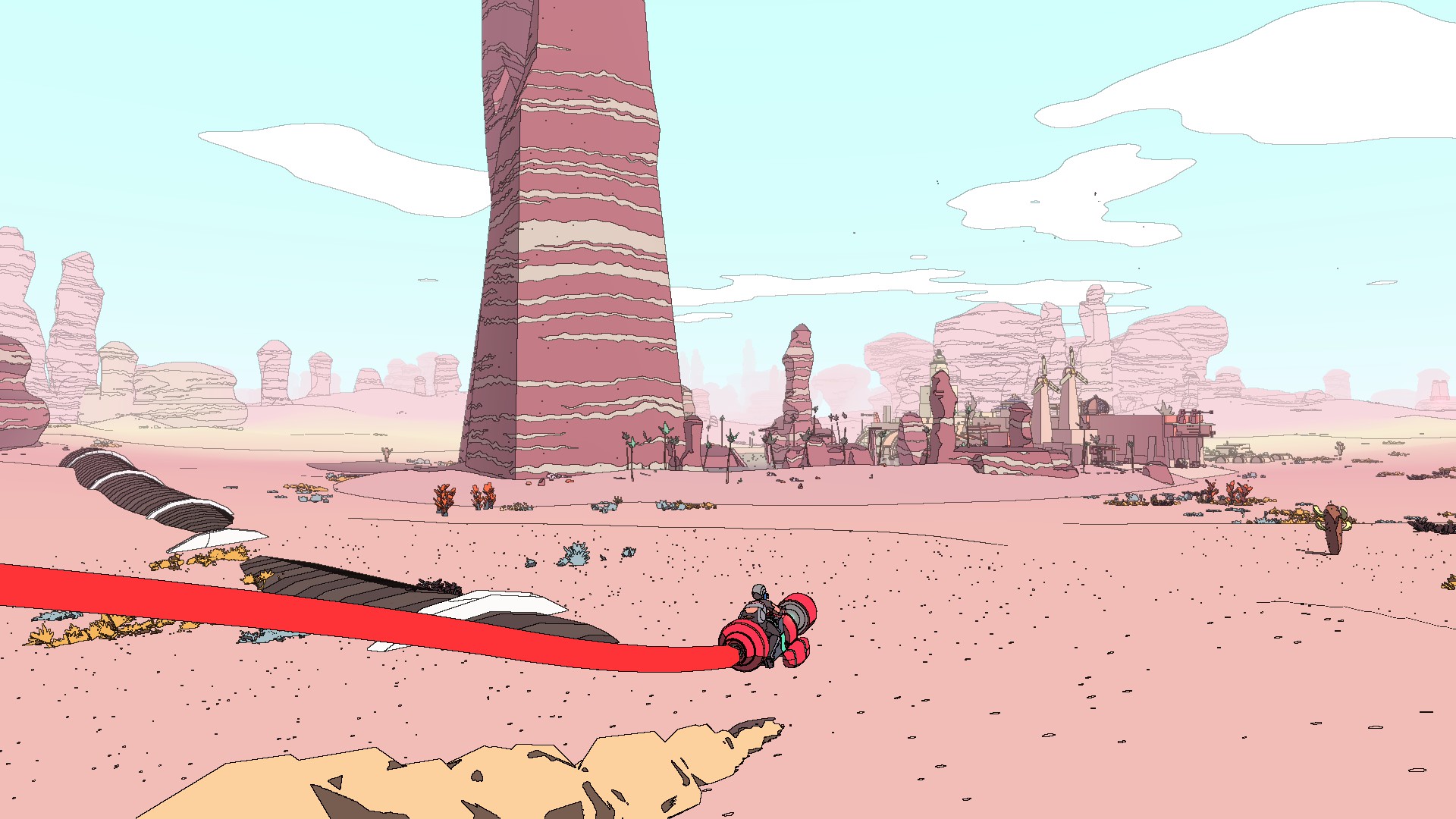 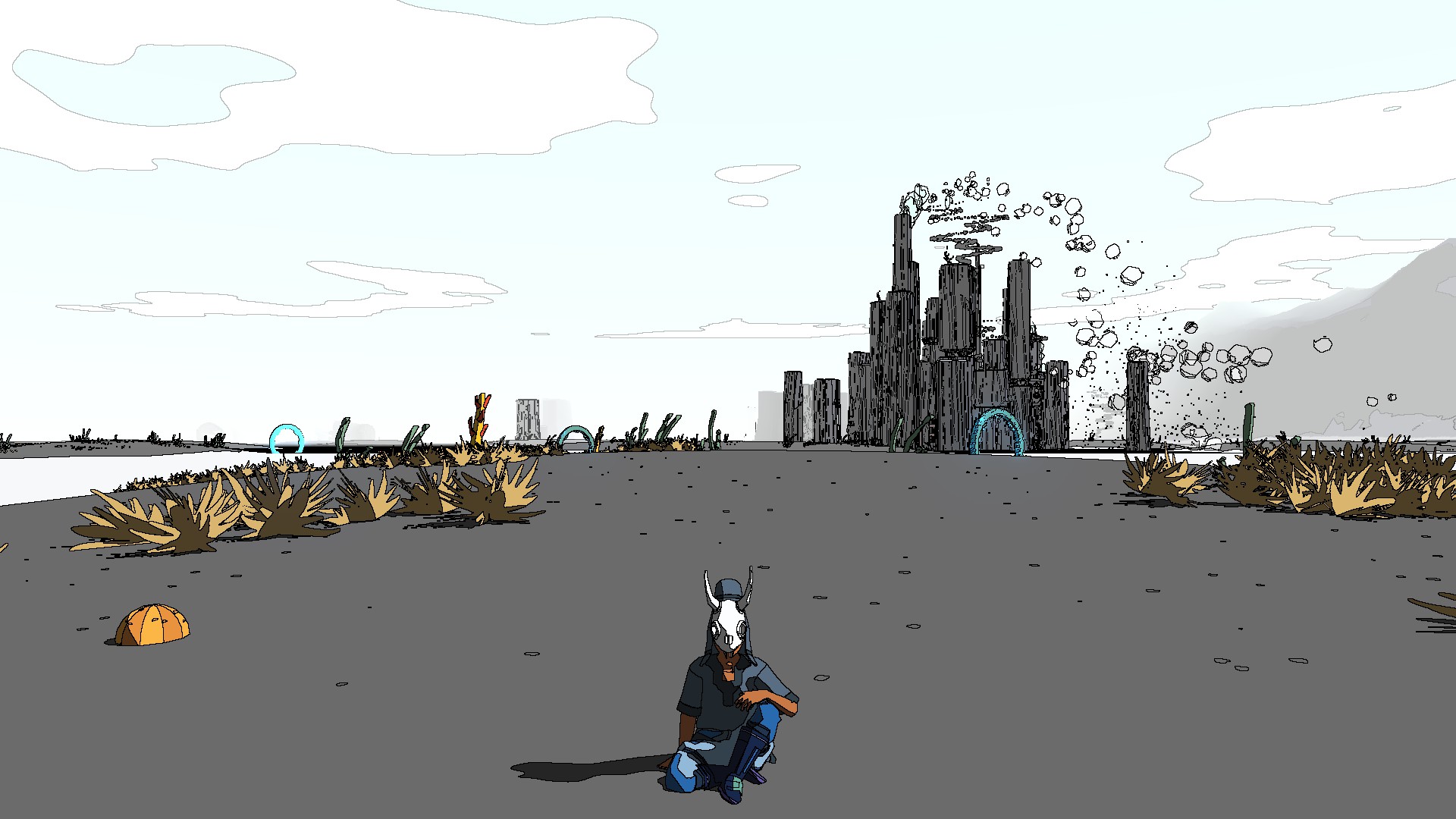 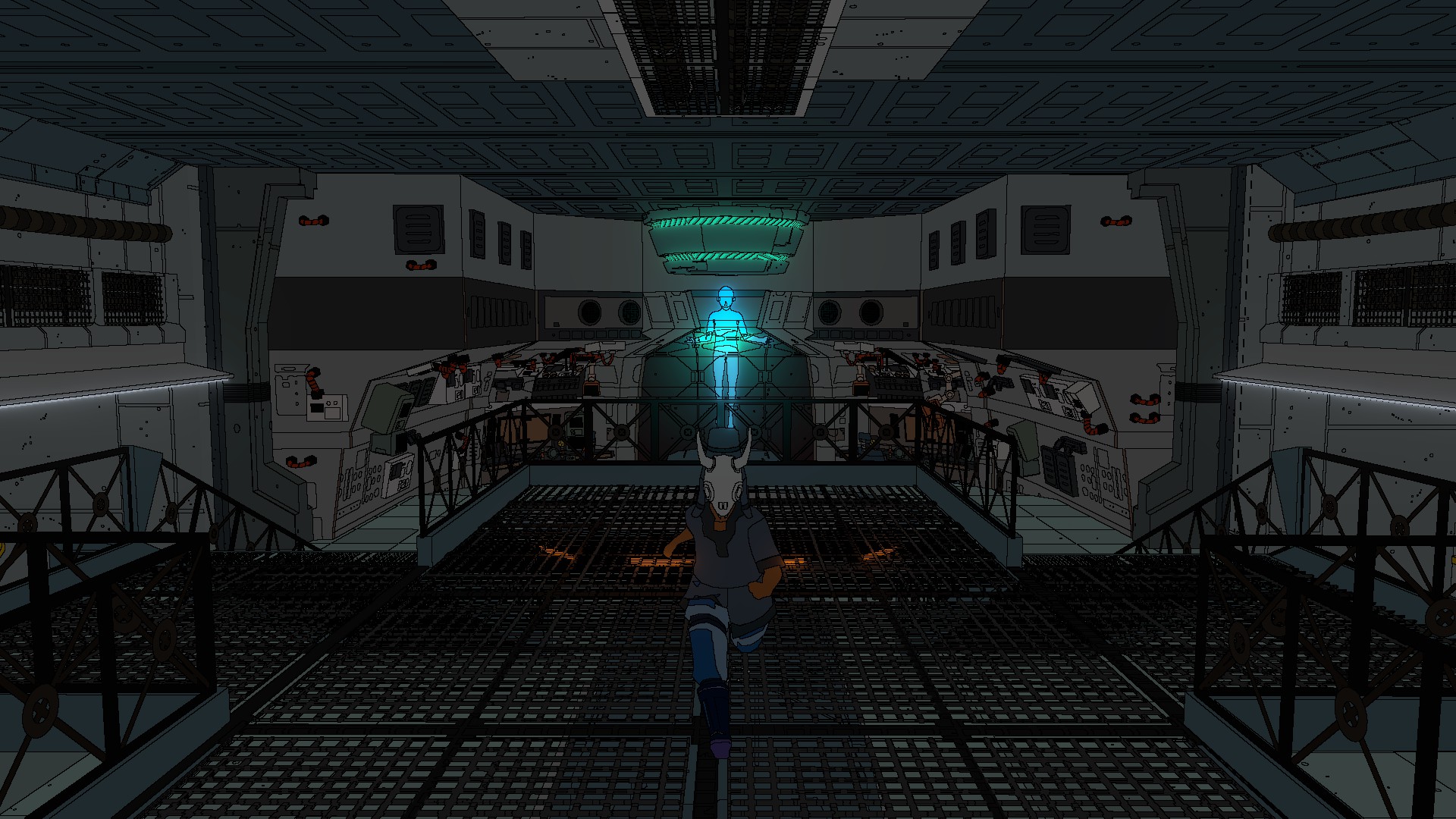 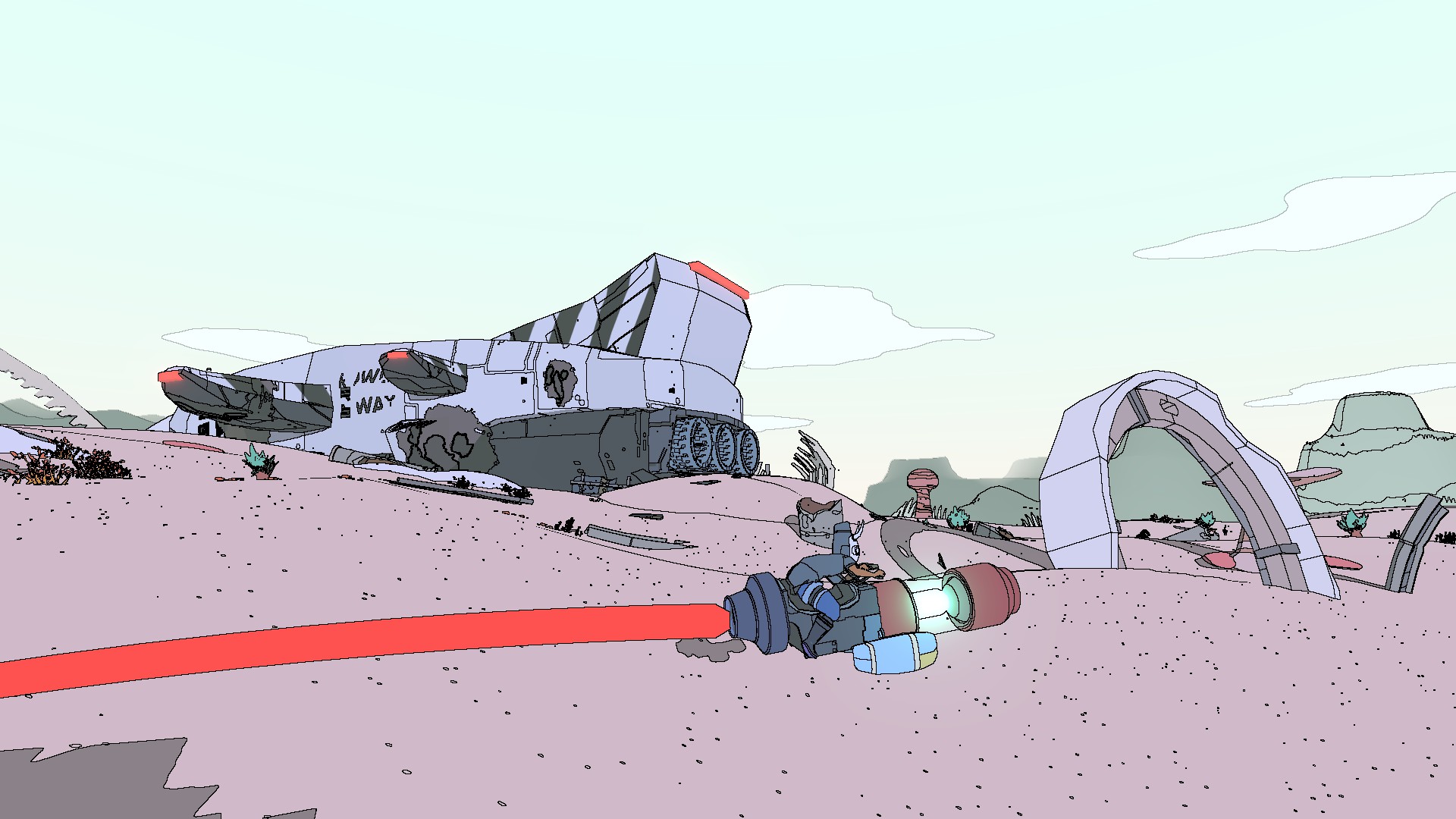 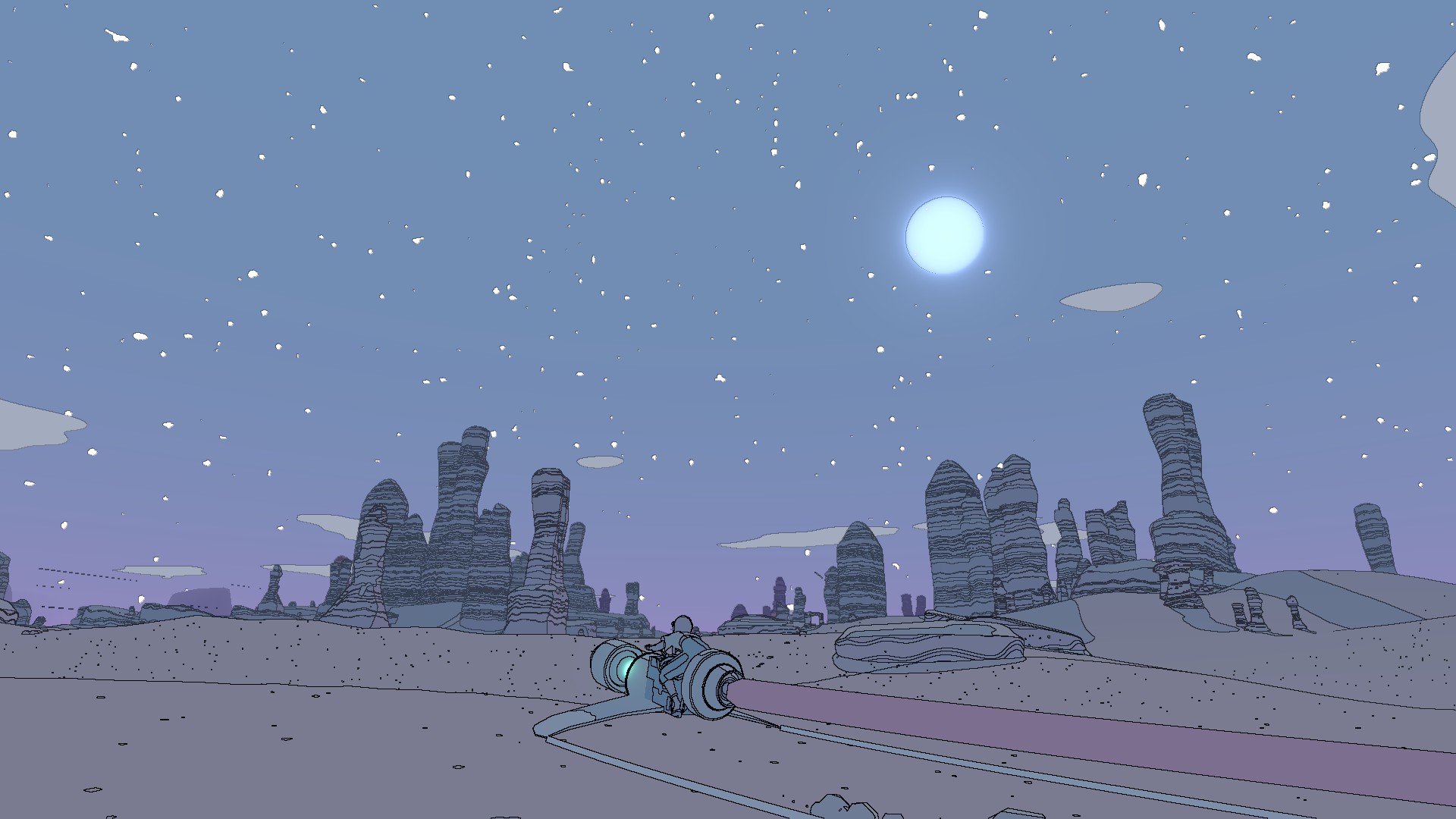 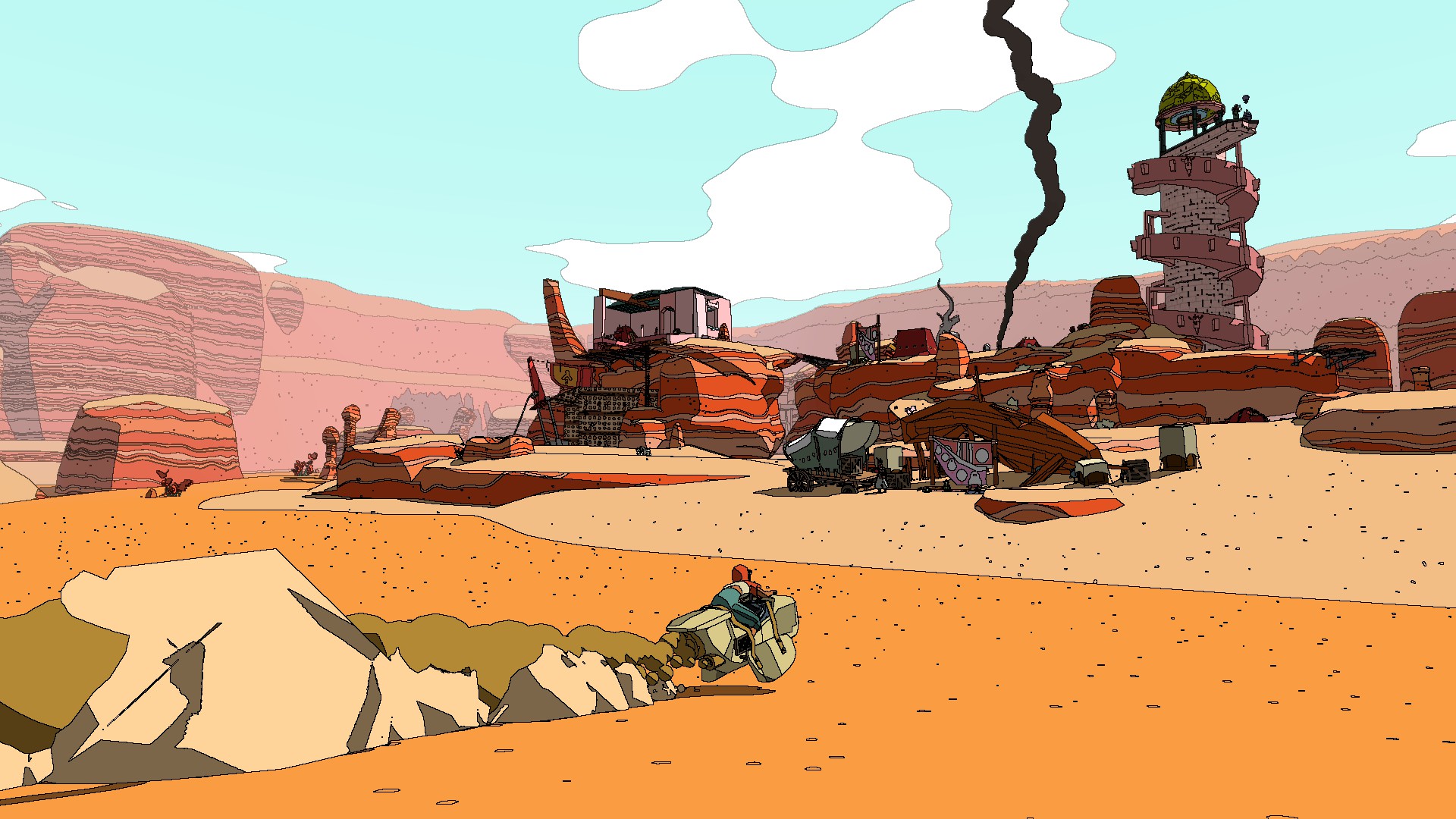 Sable at a glance