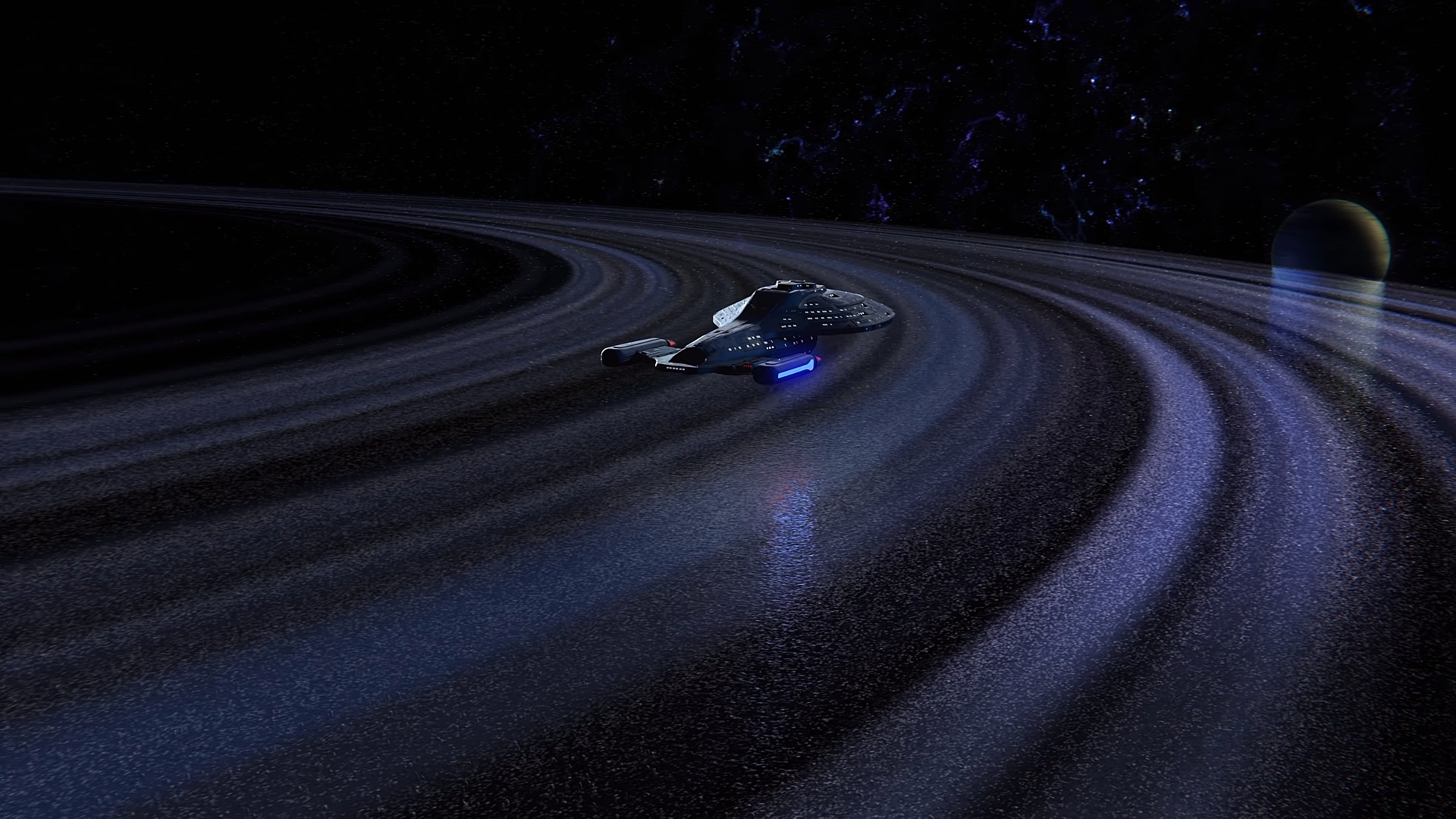 It only takes a few seconds of Star Trek’s intro themes to set off an indescribable firework of nostalgia, euphoria, and longing. Regardless of the individual series, they have all been able to captivate me in some way, make me laugh, think, and cry, and even create memorable moments. Both the old and the new series, although I’m still not entirely sure about Star Trek: Picard. However, my undisputed favorite is Star Trek: Voyager. I’ve rarely watched a series like the one that tells the story of Captain Catherine Janeway’s adventures in the distant Delta Quadrant with such anticipation and excitement; I devoured every episode and, over time, fell in love with most of the crew, especially Janeway and Seven of Nine. For obvious reasons.

Deep Space Nine has also developed its unique dynamic and magic over time and improved from episode to episode like the red wine in Picard’s cellar. As such, I identified exceptionally well with Odo’s fate and feelings during an extremely strange phase of my life – he, and the entire series helped me through many dark days.

The same applies to Enterprise, which started relatively weak but revealed an exciting and thrilling story from season 3 onward that remains unmatched among the Star Trek series. Despite its sometimes cheap look of the early 2000s (well, still better than Stargate SG-1 anyway). And that Next Generation with Picard, Riker, Worf, Data, and O’Brien is superior in terms of acting and philosophy probably doesn’t need to be mentioned.

And then there is The Original Series, which enchanted me as a child with its Kirk “Bud Spencer”, its Spock “Sheldon Cooper”, its McCoy “Willie the Gardener”, its Scotty “Gyro Gearloose” and its Uhura “Alexa”. Although, these days, it tends to scare me rather than delight me. Nonetheless, this series also has a cult following, and some single episodes deserve a bold look now and then.

All of these classic Star Trek series are undeniable masterpieces of entertainment TV in their way, and probably owe part of their success to their incomparable goosebump-inducing intro themes, whether it’s a sublime orchestral score or a dreamy pop tune. The Original Series theme conveys a sense of fun and playfulness, Deep Space Nice of peace and harmony, Voyager of family and integrity, Discovery of youth and the Wild West – and The Next Generation of departure and discovery in its purest form. Yeah, the introductory melody of The Next Generation is without a doubt the definitive manifestation of Star Trek.

Not surprisingly, enthusiastic fans with a strong background in art and/or digital design came up with the idea of reviving the intros of these venerable series in a polished form. And by “polished” I don’t just mean upscaled versions of the original intros, but gorgeously recreated and cinematically rendered reinterpretations with razor-sharp 4k resolution and 60 frames per second. It’s a joy to experience familiar themes with new visuals and all the emotional reactions that come with them.